The Housing Authority of the City of Erie is distributing, Payment in Lieu of Taxes (PILOT) to the three taxing bodies – the City of Erie, Erie County, and the Erie School District.

The Housing Authority Board approved the three payments on November 21. December is the month in which PILOT checks are traditionally distributed.

"We are pleased to be able to contribute to the three taxing bodies," said Michael R. Fraley, executive director of the Authority. Providing financial support to our local governing bodies is the right thing to do even though we are tax exempt.

The Housing Authority is, by state law, exempt from payment of real estate taxes, however, we make these voluntary payments to the taxing bodies for the services they provide to public housing residents," he said. We are limited by federal law as to the amount of the PILOT payments. However, we always pay the maximum amount permitted."

The Housing Authority of the City of Erie exists to provide safe, decent, and affordable housing for lower-income families, the elderly, and persons with disabilities, and to foster among the residents served by the Authority economic self-sufficiency and a sense of community and pride in the neighborhoods where they reside.

The Authority owns and manages 2,186 quality housing units in the City of Erie for low- and moderate-income families, the elderly, and persons with disabilities. 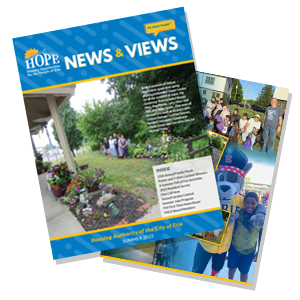 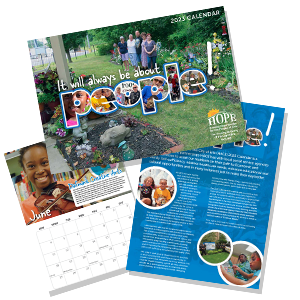 This year’s theme for the 2023 Calendar is “It will always be about people!” and is a celebration of the partnerships HACE has with local social service agencies and businesses to assist our residents on their path to Economic and Family Self-sufficiency, address healthcare needs, enhance educational and cultural opportunities and in many instances just to make their day better.